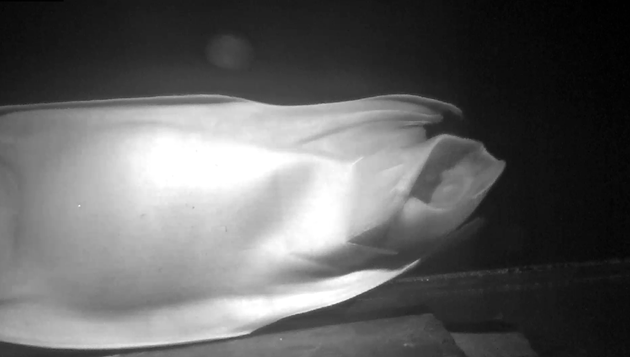 A critically endangered flapper skate has been successfully cared for and hatched in captivity in what is thought to be a world first for the species.

The skate egg, which has been looked after by staff from NatureScot and the Scottish Association for Marine Science (SAMS), recently hatched at the SAMS aquarium just outside Oban after 18 months.

It is thought to be the first time a flapper skate egg has been cared for from laying to hatching, allowing scientists to accurately confirm the gestation of the species for the first time.

The hatchling, a male measuring just 27cm long, was immediately released into the sea from the shore on the Loch Sunart to the Sound of Jura Marine Protected Area.

Despite its name, the common or flapper skate has been listed as critically endangered since 2006 as a result of overfishing. Flapper skate are described as extinct throughout much of their range with the west coast of Scotland one of the last remaining strongholds for the species.

Jane Dodd, NatureScot Marine Operations Officer, said: “We have been observing and monitoring the egg for a year and a half so to see it hatch successfully and be released back into the ocean was a wonderful moment.

“It has been really exciting to witness the development of the embryo each week from just a large yolk, to an embryo with a small beating tail and finally to a baby skate completely filling the egg capsule.

“We still know very little about the lives of flapper skate, for example how often they breed, and where and when they lay eggs. The total gestation of the egg was 535 days so it is similar to that of Orca and Sperm whales.

“Knowing the length of time that eggs take to hatch is a really useful piece of information for understanding the life history of flapper skate which will in turn improve how we are able to protect them.”

Steven Benjamins of SAMS said: “We have been photographing the egg every week on a light box to observe the development of the embryo.

“A few months ago we started to wonder if the embryo was large enough to hatch so we set up video camera recording 24 hours a day to try and capture the moment. We were able to record some lovely footage of the moment the baby skate swam out of the egg case."

Anglers travel from all over the world to Oban to fish for flapper skate on a strictly catch and release basis, contributing to vital research in the process.

Jane added: “Angling has increased our knowledge of flapper skate immensely. Anglers have been tagging skate and recording their recaptures for decades and their data helped justify the designation of the Loch Sunart to the Sound of Jura Marine Protected Area for flapper skate.

“In fact it was skate charter skippers, Paul Timoney and Graeme Sands, who delivered the skate egg to us and we are extremely grateful to them for that.

“Very occasionally female skate spontaneously release eggs when they are lifted onto the deck of angling vessels for measuring. Paul knew I was keen to collect an egg to observe it and he was able to save it for me.”

The egg was transferred to the aquarium at SAMS straight away where it was kept at 1oC below surface water temperature to simulate the temperature at around 30m where eggs have been observed until it hatched. It was released close to the spot where the mother was captured and released last year.

Female flapper skate grow to a maximum length of over 2m 30cm and they are estimated to live for around 50 years.

Despite its name, the common or flapper skate has been listed as critically endangered since 2006 as a result of overfishing.

In 2009 it became illegal to land skate in most of Europe which means any skate caught as bycatch should be released unharmed.

All angling for this species in Scotland is on a “catch and release” basis. Recapturing previously identified skate suggests there is no harm to the fish when released. However, common skate are still at risk from unintentional capture in mobile gear such as trawls and dredges.

More information can be found on the NatureScot website: https://www.nature.scot/plants-animals-and-fungi/fish/sea-fish/flapper-skate

The Scottish Association for Marine Science (SAMS UHI), based at Dunstaffnage, near Oban, is Scotland’s largest and oldest independent marine science organisation, dedicated to delivering marine science for a healthy and sustainable marine environment through research, education and engagement with society. It is a charitable organisation (009206) and an academic partner within the University of the Highlands and Islands.

The moment of hatching ©NatureScot/SAMS 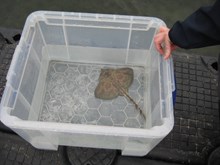 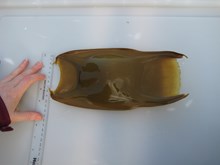 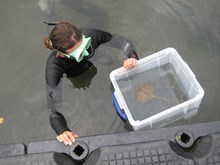 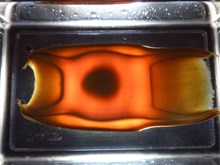