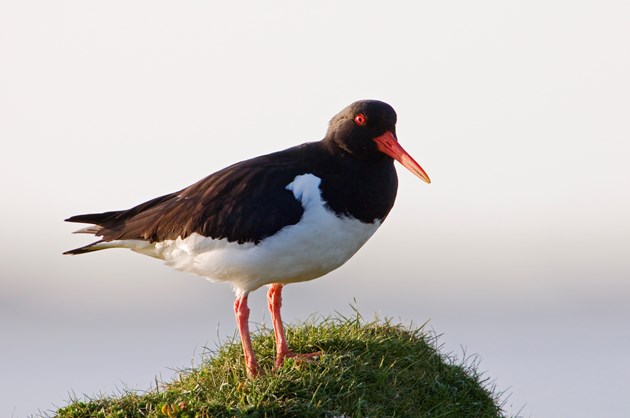 Numbers of wintering waterbirds have declined overall in Scotland, with waders showing the greatest decrease.

Overall numbers of waterbirds were 7% lower in 2018/19 than when comprehensive counting started in 1975, with large variations between species.

Numbers of waders – including species such as oystercatcher, lapwing, golden plover, knot and dunlin – have declined by 58%.

Climate change is causing some species to shift their wintering distributions and this may account for some of the declines as birds select areas with more favourable foraging conditions to spend the winter.

For waders that winter along our rocky shores, such as purple sandpiper and turnstone, the reasons for the decrease are not well understood but some studies suggest that poor breeding success in their arctic coastal and tundra breeding grounds is a factor.

Simon Foster, NatureScot’s Trends & Indicator Analyst, said: “Wader numbers peaked around 1997/98 but since then have been in steady decline.

“Scotland is in an important position within the East Atlantic Flyway, which is the migration route used by our waders, so these data are invaluable in piecing together what is happening globally. By sharing research and working with others across the entire flyway we can better understand the global forces at play, especially climate change. Collaboration is vital to finding solutions to the declines of waders.

“Improving coastal habitats, such as through coastal realignment, helps Scotland’s waterbirds providing areas for feeding and roosting waterbirds, as well as helping with climate resilience.

“For wintering waders which also breed in Scotland, such as curlew, golden plover and oystercatcher, we are also supporting schemes such as The Working for Waders initiative, which is taking active steps to reverse the decline in our wading birds through a range of targeted projects.”

Dr Ben Darvill, from BTO Scotland, said: "It's thanks to the network of dedicated WeBS volunteers throughout Scotland that we are able to produce these trends. They go out once a month to monitor the waterbird numbers at local sites, and their collective efforts are hugely valuable - our thanks go out to all of them."

The latest results show that overall, numbers of wildfowl species such as whooper swan, teal, goldeneye and goosander, increased by 21%.

In contrast, four species of wildfowl – mallard, pochard, scaup and eider - as well as cormorant and coot, have declined.

Many of our wildfowl are migratory, and some species trends may reflect shifting wintering areas. For example populations of wigeon and teal are increasing in Scotland with more birds opting to winter around our coasts, while in contrast, wintering pochard numbers have declined markedly as a result of factors including changes in water quality and invasive species.

The indicator also looked at goose populations, the majority of which have increased. Barnacle geese have seen some of the largest increases, while in contrast, Greenland white-fronted geese have declined since the late 1990s.

This is thought to be due to factors on the breeding grounds, including high late-spring snowfall and competition with Canada geese that are spreading northwards into Greenland.