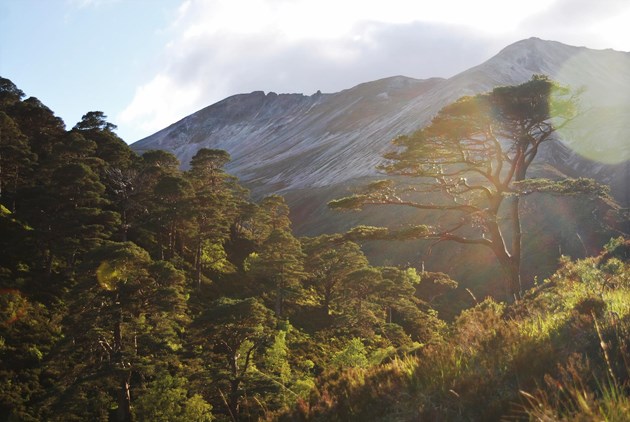 The UK’s first National Nature Reserve (NNR), the stunning Beinn Eighe NNR, is celebrating its 70th year today. To mark the day, NatureScot is revealing the winning pictures from a photo contest marking the landmark anniversary.

In 1951, Beinn Eighe was designated as the UK’s first NNR to protect its precious ancient pinewood, the largest fragment in north west Scotland. Covering a huge 48sq km, the nature reserve is home to wildlife including deer, pine martens and golden eagles. Over the 70 years since it was designated, it has received numerous accolades and designations to protect vital habitats and species.

“We’re all thankful this Highland gem was protected way back in 1951 and we are very proud this is the oldest NNR in the UK. The nature reserve is an incredibly special place to so many people – as well as a vital part of Scotland’s nature for many animals and plants.

“Seventy years on, we still have big plans for Beinn Eighe! For the next 70 years, our vision is for a connected, flourishing western pinewood and for the whole nature reserve to continue to support a range of healthy habitats and a rich variety of species.”

As part of the 70th anniversary celebrations, NatureScot held a photography competition to showcase the dramatic landscape, species and habitats on Beinn Eighe. The winner was Ben Catchpole of Norwich, who spent time at Beinn Eighe as a volunteer, with second place going to Rachel Drummond of Wester Ross.

Ben said of his winning image: “I took this image on a late spring evening, walking up the Allt a Chuirn path. The combination of perfect light and beautiful views make this one of my favourite photos. At this time, I was in the middle of a voluntary placement at Beinn Eighe NNR, which was a hugely influential experience in my life, helping me on my journey towards becoming a conservation professional.”

Rachel added that she took her photo “during a walk up the Pony Path which is my favourite walk in my local area. I took this photo because I love the way the stones in the pool look like melted gold floating on the pool's surface.”

The top two photographers will enjoy an amazing day of exclusive access to the reserve in one-to-one company with a professional photographer, who will share industry hints and tips.

“The quality of pictures we received for the photo competition was extraordinary. Judging winners was not easy! Congratulations to Ben and Rachel and thanks to all those who submitted pictures.”

All winning and short-listed photos, along with images taken by Gairloch High School students, will be on display at an anniversary celebration on the 27 November in the Kinlochewe village hall and in Gairloch museum for most of February and March (exact dates to be confirmed). It is also planned for the pictures to be displayed in NatureScot’s Inverness and Battleby offices in the future.

To mark this important anniversary, NatureScot staff has also created a Story Map to vividly show the vital work which has taken place on Beinn Eighe over the last 70 years.

Over the 70 years since it was designated, Beinn Eighe NNR has received many accolades, including an array of designations to protect certain habitats and species. It is also one of only two sites in Scotland to hold a European Diploma from the Council of Europe, is part of the UNESCO Wester Ross biosphere and in 2019, became the first Gene Conservation Unit in the UK, recognising the genetic important of the Scots pine at Beinn Eighe.

The prizes for the photo competition are as follows:

There are 43 National Nature Reserves in Scotland. These are special places that look after some of the best of Scotland’s nature on behalf of everyone who lives or visits Scotland, and they provide unique opportunities to visit, enjoy and learn more about Scotland’s nature. For more information, see the NatureScot NNR web pages. For more on Beinn Eighe NNR, see the NatureScot Beinn Eighe web page. 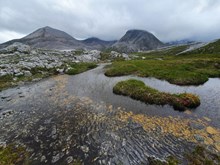