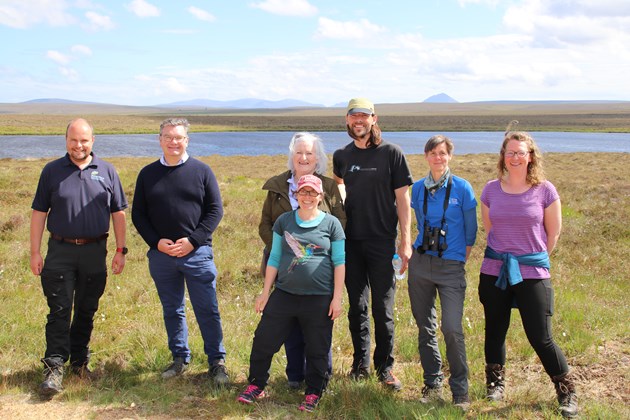 *Images from the Minister's visit to The Flow Country today included.

The UK Government Minister for Scotland Iain Stewart MP has joined the call for Scotland’s The Flow Country – the most extensive blanket bog system in the world and home to some of Scotland’s rarest wildlife – to become a UNESCO World Heritage site.

The most intact and extensive blanket bog system in the world, The Flow Country is the UK’s greatest resource against global climate change and consists of over 400,000 hectares of peatland across Caithness and northern Sutherland. The peatlands are the lungs of Scotland, and home to some of the UK’s rarest wildlife, including white-tailed sea eagles; curlews; otters and pine martens.

Peat bogs are an important defence against climate change, because the plants that grow there don’t fully decay, meaning bogs sequester carbon, acting as a “carbon sink”. All green plants absorb carbon dioxide from the atmosphere and use the carbon to build the plant’s structure. When the plants die, the carbon is released back into the atmosphere – unless the plant material is preserved in some way.

The Flow Country expanse of peatland has trapped over 400 million tonnes of carbon – twice that stored in all the forests in the UK – but while peatlands are more efficient at storing carbon than rainforests, in many places in Scotland forestry has had a devastating impact on the peatland and its wildlife – releasing the carbon back into the atmosphere.

Working to restore this habitat and contain its valuable carbon using the latest science and restoration techniques are The Flow Country Partnership.  It is this group, drawn from a wide range of stakeholders including NatureScot, The Highland Council, RSPB Scotland and the University of the Highlands and Islands that are behind the bid.

The partnership has hosted 16 days of drop in consultation events this year, with the online consultation portal remaining open until the 29th July. The bid documentation, which comprises an extensive nomination dossier and management plan will be submitted to UNESCO by the UK Government (DCMS) at the end of this year and following a site visit the outcome will be decided in mid-2024.

‘Flow’ is a term used for any flat, deep and wet bog, and is derived from the Old Norse word floi, which in turn means wet or marshy. The peatlands of Caithness and Sutherland became known as ‘The Flow Country’ when the Nature Conservancy surveyors began to examine the area in the 1950s.

“These incredible peatlands are so special. Not only is the area spectacularly beautiful, carbon is trapped here naturally, making it vital in our fight against climate change.

"This unique ecosystem, enjoyed by the UK’s rarest wildlife, should be celebrated. Gaining UNESCO World Heritage status would be particularly fitting for this amazing landscape and also help level up the area, encouraging sustainable tourism and supporting local green jobs.”

“These amazing peatlands are the lungs of Scotland, and the Minister’s backing is another stride forward in The Flow Country’s bid to become an UNESCO World Heritage site. It is important recognition that the restoration work taking place here to lock in carbon and reduce potentially harmful C02 emissions is a crucial landscape-scale solution to the climate emergency the world faces.”

“It has been extremely encouraging to see the support for this project build and receive such useful feedback throughout the consultation so far.  Having the Minister for Scotland visit the site not only demonstrates the political support for this bid but also highlights the added attention that this very special region can receive, and potentially capitalise on.  World Heritage Status for the Flow Country would be an incredible recognition of the world class nature of the Flow Country’s blanket bog and also a huge commendation of the land managers who have contributed to maintaining this exceptional ecosystem.”

For more information about The Flow Country visit www.theflowcountry.org.uk 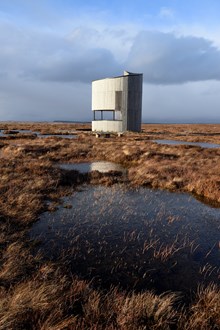