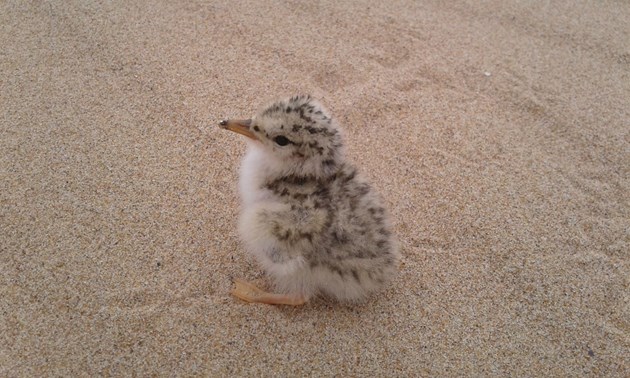 Terns at NatureScot’s Forvie National Nature Reserve (NNRs) did well in 2022, despite the threat of avian flu.

In a year where the virus devastated many seabird colonies, including tern colonies in England, The Netherlands and France, staff at the north east reserve were delighted to see several species have a good season.

This year at least 17 little tern chicks successfully fledged – the highest number since 2014. The species is on the edge in the UK as a whole, as a result of factors such as poor weather and predation.

Sandwich terns at the reserve had a good season with 1,031 pairs breeding and at least 865 young fledged. The breeding pairs represent around 10% of the entire UK breeding population so the colony is of national importance.

An all-time record was also recorded for black-headed gulls at Forvie, with at least 1,029 fledged young, while the kittiwake colony had 705 fledged young - a great result for a cliff-nesting seabird that has declined widely in Scotland in recent years.

Unfortunately it wasn’t all good news, however, with eiders at the reserve having a poor year. With around 100 nests recorded, only 21 young successfully fledged, with avian flu thought to be a likely cause of mortality.

NatureScot Reserve Officer Daryl Short said: “This year has undoubtedly been a difficult one, seeing the devastating impact of avian flu on birds around our coasts. Against that backdrop, it seems little short of a miracle that the terns at Forvie have had such a good season – a triumph in the face of adversity. It’s particularly pleasing that the little terns did so well, as the species has generally struggled here in recent years.

“Sadly, despite a good rate of hatching success, only a few eider ducklings survived to fledge. Anecdotal evidence suggests avian flu was a likely cause of mortality. Ducklings tend to feed and roost communally at extremely close quarters, so any contagious disease is a real danger to them at this stage.”

With the threat of the virus still very much with us heading into 2023, Scotland’s avian flu task force, led by NatureScot, is continuing to work flat out to gain a better understanding of the virus and take the necessary action on the ground to protect our wild birds.

A number of interesting wildlife sightings were recorded over the year, including a bee-eater in August that provided a splash of Mediterranean colour; a dusky warbler in November - just the fifth ever record for north-east Scotland; and the best September ‘fall’ (an en-masse arrival of small migrant birds like flycatchers, chats and warblers) since 2008.

The reserve also saw its first record of a chamomile shark moth, and it was a great year for the hummingbird hawk-moth, a migrant from southern Europe, with 10 records during late summer – doubtless assisted by the good weather at the time.

This year another 350 metres of footpath at the reserve has also been upgraded, while a full programme of public events in 2022 saw around 300 people attend activities including guided walks, illustrated talks and a family fun day. 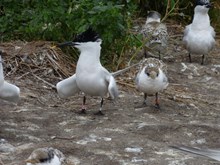