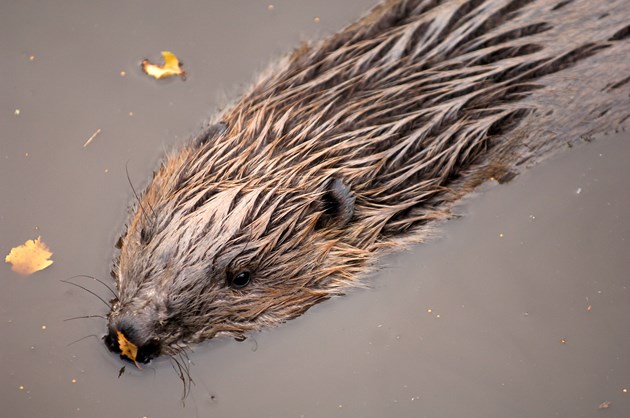 NatureScot will next week kick off the most comprehensive and authoritative survey of beaver numbers and their range ever conducted in Scotland.

Work will begin on 1 October to gather detailed and up-to-date information on the locations of active beaver territories, as well as assessing the health and spread of the overall population, which will help inform future beaver work.

It is thought that since a first assessment in 2012, beavers have spread from where they originally established on the Tay, as far as the Forth and the Clyde.

The nature agency is asking the public to help by reporting their beaver sightings.

The survey will cover Tayside and the surrounding river catchments, including the Forth and river systems in the Loch Lomond and Trossachs National Park. NatureScot will be working with experts at the University of Exeter to conduct the survey this autumn and winter.

This is the first survey conducted since beavers gained protected status as European Protected Species in Scotland and will investigate some areas where beaver sightings have recently been reported but not confirmed.

In the last survey in 2017, approximately 1,300 km of river and loch shore were surveyed. The new survey will cover an even larger area as beavers have been sighted as far afield as Loch Lomond and Glasgow to the west and Fife to the south east.

Roo Campbell, NatureScot project lead, said: “From sightings so far this year, it looks like beavers are spreading even further in and around Tayside – there’s even been a beaver spotted in the west of Glasgow. This is wonderful news, as beavers play a vital role in creating habitats such as ponds and wetlands where other species thrive, alleviating flooding and improving water quality.

“But sometimes beavers can cause problems particularly on prime agricultural land, which is principally found on low lying farmland particularly in the east of the country.

“We expect to see the beaver population expanding away from the high conflict areas where their release or escape was unauthorised, and into more suitable habitat where they can thrive and enrich Scotland’s nature. In fact, this survey will tell us if that is starting to happen already.”

Experienced beaver surveyors will search for signs of beavers on foot and by canoe across the area.

The public can help this survey by reporting sightings of beavers and their field signs using the Mammal Society’s Mammal Mapper app, available for both iPhone and Android, or online https://www.brc.ac.uk/mammals/recording.php

For land owners with land with rivers, burns or other waterbodies in and around Tayside, including the Forth catchment and around Loch Lomond, contractors for the survey may pass across property during the course of their survey. NatureScot will be liaising with NFUS and SLE to make contact with members to inform them of the surveys timing and access arrangements. However, given the scale of this survey, it is not possible to contact every landowner in advance.

The survey will help anticipate future management for beavers and NatureScot encourages land owners to support the work of the surveyors – for example, by reporting the presence of beavers on your land to NatureScot . If you have concerns about the survey taking place on your land, please contact Roo Campbell on 01463725130 or roo.campbell@nature.scot.

The beavers in Tayside and surrounding areas are the result of unauthorised releases or escapes, with many animals settling on Prime Agricultural Land where they have had serious impacts. In such circumstances it may be necessary to manage beavers and their dams under special licences issued by SNH. In 2019, NatureScot issued 45 species licences which permitted either lethal control or dam removal. These were granted when there was no other effective solution to prevent serious agricultural damage. Under these licences, 15 beavers were trapped and moved to either Knapdale or trial reintroduction projects in England, 83 beaver dams were removed and 87 beavers were shot by trained and accredited controllers.

Some of the well documented and most serious issues have occurred on the most productive areas of agricultural land in Scotland. Due to their generally being well-drained, low-lying and flat, these areas are often vulnerable to beaver burrowing and dam building. New and innovative measures for reducing the impacts of beavers on this type of ground includes working with land managers to increase the live trapping of beavers for relocation to conservation projects in England, where demand remains high.

NatureScot is continuing to work on mitigation measures as an alternative to culling. In the first year, the Beaver Mitigation Scheme provided advice and support for more than 40 cases, including installing flow devices, trialling water-gates, tree protection work, exclusion fencing and bank protection to protect agricultural land, infrastructure and property. Demand for advice remains high with good engagement and mitigation proving to be successful. Co-operation is key to mitigation and management work and is informed by the Scottish Beaver Forum, a group of partners representing conservation, farming, fisheries, and other interests, and chaired by NatureScot.