After declines since the 1980s, the number of Scotland’s breeding seabirds appears to have increased slightly, according to new statistics published today by Scottish Natural Heritage (SNH).

Simon Foster, SNH’s Trends & Indicator Analyst, said, “We’re still a long way from reaching the high numbers of the 1980s and 1990s. It’s possible we may never see the same level as in the past, but it’s promising to see small increases instead of decreases over the last few years.

“The number of chicks produced was higher than the average over the past three decades. As seabirds are long-lived and don’t start breeding until they’re three or four years old, it’s still too early to say if these birds will return to bolster colonies. It’s also too early to say what effect the ‘Beast from the East’ will have for Scotland’s seabirds, though we do know that some of our breeding seabirds will have died in the storm.”

The overall, long-term picture for seabirds is one of decline. The report assessed 12 types of breeding seabirds, which were found to have declined by an average of 62% from the 1986 level.

The decline in seabird numbers is linked to factors such as lower numbers of sandeels (a common food source for seabirds), as well as non-native predators such as brown rats and American mink. SNH is working on several projects to help combat some of these pressures. These include identifying Special Protection Areas (SPAs) to protect important foraging and breeding sites for birds and the control of predators.

Simon added, “Right now, the national census of all our seabirds is ongoing, and I’d encourage anyone with an interest in conserving our seabirds to get involved. From counting the big colonies of gannets to tallying small numbers of gulls, it all adds to our pool of knowledge and helps us know what’s needed to conserve seabirds in the future.”

To find out more, email the Seabird Count Coordinator at SeabirdsCountCoordinator@jncc.gov.uk

Seabirds are also important to help assess the state of the marine environment. Seabird populations change because of many factors, such as food availability, climate, predation and pollution. Crucially, although they rely on the sea, they breed on land and so are relatively easy to monitor compared with other marine life.

Scottish Natural Heritage is the government's adviser on all aspects of nature and landscape across Scotland. Our role is to help everyone understand, value and enjoy Scotland's nature now and in the future. For more information, visit our website at www.nature.scot. SNH media is also now on Twitter at twitter.com/nature_scot 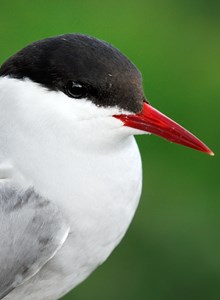