You are here:
Home
News Releases
Scotland’s In Tune With Nature winners announced 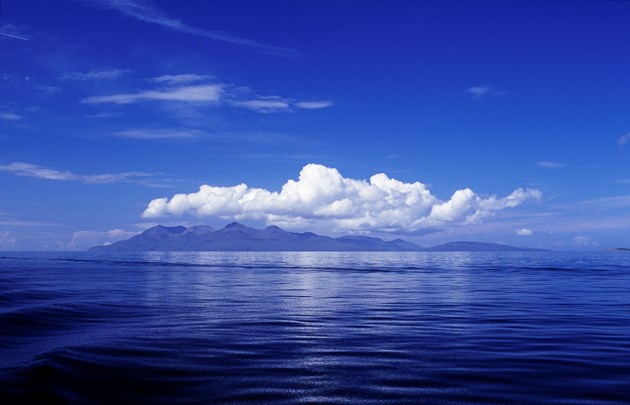 Twelve winners of In Tune with Nature, a national contest for musicians of all genres to show their love of nature, were announced today.

Scottish Natural Heritage (SNH) and Fèis Rois partnered up on this first-ever competition for Scotland to inspire people to connect with nature by writing songs inspired by the coasts and waters of Scotland’s beautiful nature reserves.

The competition, called In Tune with Nature, was judged by a panel of well-known faces from the Scottish music industry, including Julie Fowlis; Vic Galloway; Gill Maxwell; and Karine Polwart, and is part of the celebrations for the Year of Coasts and Waters 2020.

Broadcaster, author and musician, Vic Galloway said: “This has been an interesting and satisfying project to be involved in, and I was honoured to be asked to assess so many brilliant applicants. Although it has been an epic task listening to almost 150 musical compositions, I've loved the sheer passion and diversity of music on offer - from classical to traditional, acoustic song writing to electronica, spoken word to rock, and way beyond. For these stunning Scottish nature reserves, I think we have some worthy winners and some extraordinary music to accompany them."

“It’s been a privilege to listen to all the entries, and I thank each and every composer who submitted new music. Some of the pieces reduced me to tears! One of the most impressive aspects of this competition was the output from our some of our youngest composers, displaying real skill and talent. It was also a joy for me personally to listen to the new compositions using Gaelic and other dialects.”

Entrants aged 16 and over were invited to compose a piece of music inspired by one of 10 national nature reserves across Scotland. Winners receive a £500 cash prize. Each winner will also have the opportunity to collaborate with a professional film maker to make a film on the nature reserve that inspired their music.

The 12 winning entries were composed by musicians ranging from established artists like Marie Fielding, a lecturer at the Royal Conservatoire of Scotland, and James Lindsay, a musician with renowned folk band, Breabach, to emerging young artists such as Malin Lewis, Neil Sutcliffe and Roo Geddes.

Acclaimed singer-songwriter, Karine Polwart, said: “What a treat for the ears to hear such thoughtful, evocative new music, much of it written and recorded in extremely tight circumstances. Most of the winning artists are new on me, and I’m particularly delighted that they include so many young, emerging composers and songwriters from across the whole of Scotland, and beyond. I’ve found the thoughtfulness of their responses to each of the reserves fascinating, and often deeply touching. They evoke everything from craggy skylines and shifting dunes to delphinium spires and butterflies. And as a collection, the twelve winning entries tell a mighty story about how rich our Scottish landscape is, and how well we need to tend it.”

“It’s wonderful to see the creativity and love of nature in the music submitted to us. Under the lockdown, participants had to experience the nature of our amazing national nature reserves virtually or think back to past visits. But this seems to have been no barrier, with so much to appreciate on our reserves, particularly during the Year of Coasts and Waters 2020. We have such an amazing variety of marine wildlife and seabirds in Scotland, as well as stunning beaches, lochs and rivers. It’s hard not to be inspired by such beauty!”

Fiona Dalgetty, Chief Executive of Fèis Rois said: “We had originally planned to have 10 winners, one for each reserve, but the extraordinary quality of the submissions meant that we just couldn’t agree on a clear winner in two of the categories and we decided to award a joint first place for both Rum and Taynish. I am delighted that we have been able to collaborate with SNH to support musicians at this incredibly difficult time. By awarding an additional two prizes, 12 artists will now benefit from £6,000. We will also pay all of the musicians for their time developing a film to accompany their music.”

The music composed by each of the musicians will be released later in the year with accompanying films. A preview of James Lindsay’s piece, Gaither, inspired by Forvie Nature Reserve, is available now.

James says: “Gaither reflects the changing role Forvie has played over the course of history in supporting its inhabitants and visitors. The piece features a bed of audio which I recorded at the Forvie shoreline a few years ago whilst visiting my family in Inverurie. The melody and orchestration aim to reflect the shifting sands, the movement of the sea and the constant change of visitors to the area. The writing and production process took place during the COVID-19 lockdown with each contributor recording/engineering from home.”

In Tune with Nature is one of several special SNH events and projects to celebrate our coasts and waters and their wildlife during the themed year and raise awareness of the importance of healthy freshwater and seas.

For more information, contact the SNH press office on snhmedia@nature.scot or 0131 316 2655. Credit all nature reserves pictures to SNH. Pictures of winners available on request.

The 12 winning artists of In Tune With Nature are:

BEINN EIGHE
Marie Fielding
Born in Edinburgh, award-winning fiddler and composer Marie Fielding has been immersed in Traditional Music from a young age. Performing, playing for dancing as well as numerous recordings to her name, Marie is also Lecturer in Fiddle and Performance at The Royal Conservatoire in Glasgow. An outdoor enthusiast, Marie is a keen artist, often painting Scottish Landscapes in an abstract style. www.mariefieldingmusic.com

CAERLAVEROCK
Lucie Treacher
Lucie Treacher is a composer and artist creating interactive sound experiences, both digital and theatrical, virtual and real. Her work is characterised by quirky and textural sound worlds which she weaves together in her multi-disciplinary creations. She was born in Dumfries and grew up in Glasgow and the Highlands. www.lucietreacher.com

CREAG MEAGAIDH
Charlie Grey
Charlie Grey is a fiddle player from the Great Glen. He has performed worldwide and has recorded on six studio albums to date. Charlie's love for the landscape of the Scottish Highlands, culture and its music has shaped his playing style hugely. At 14, Charlie was accepted into the National Centre of Excellence for Traditional Music and has learnt from some of Scotland and Ireland's most notable fiddle players, including Charlie Mckerron, Caoimhín Ó'raghallaigh and Duncan Chisholm. www.cgjpmusic.com

FORVIE
James Lindsay
James Lindsay is a musician, composer and educator now based in Glasgow. He plays bass with award-winning contemporary folk group Breabach, whilst also being an in-demand session artist on the folk and jazz scenes. His debut solo album Strand was released in 2017 to critical acclaim. www.jameslindsaymusic.com

ISLE OF MAY
Catriona Price
Violinist and composer Catriona Price studied at the Royal Academy of Music and the Royal Northern College of Music having spent her childhood in Orkney folk sessions. She is a member of contemporary duo Twelfth Day and folk band Fara and regularly tours the world with both groups. www.catrionaprice.com

NOSS
Sarah MacNeil
Sarah is a Scottish harpist, composer and graduate of the Royal Conservatoire of Scotland. She works full time as a musician and loves both performing and composing. Earlier this year, Sarah released an EP of six of her own compositions titled ’Northbay’ inspired by the Isle of Barra. She is often inspired by places, scenery and the nature around us and when she heard about this project, she felt it was the perfect inspiration and opportunity to write new music. www.sarahmacneil.com

RUM (Joint winner)
Iona Lane
Recently graduating from Leeds College of Music and having been awarded the Taran Guitars Young Player Bursary 2020, Iona delivers well-crafted songs that have an understanding beyond her years for the stories she tells. Having found herself fascinated by discovering untold folk stories from rural parts of the UK, where natural environment, landscape, sustainability and community are integral to people’s way of life, Iona has honed her song-writing to create something really special. www.ionalane.com

RUM (Joint winner)
Ross Hull
Ross Hull is a fiddle player living in Glasgow. After spending 6th year of school at Sgoil Chiùil na Gàidhealtachd, the Centre for Excellence in Traditional Music, he went on to graduate BA Applied Music from the University of the Highlands and Islands. Since graduating, Ross been working as a self-employed musician.

TAYNISH (Joint winner)
Malin Lewis
Malin is a piper, fiddler and smallpipe maker from the Isle of Skye, currently studying piping at the Royal Conservatoire of Scotland. Their two main projects are Two Octaves and Bogha Frois- LGBT+ voices in folk. Malin teaches smallpipes at the National Piping Centre and Scots Music Group, which is about to publish their first collection of original tunes. www.facebook.com/malinmakesmusic

TAYNISH (Joint Winner)
Roo Geddes and Neil Sutcliffe
Roo Geddes (Glasgow) and Neil Sutcliffe (Stirling) met at the Junior Conservatoire of Scotland in 2014. They developed a close friendship and musical duo, delving into their shared backgrounds of folk, jazz and classical music. They also work together to compose new music, inspired by their shared love of nature, stories and community.

TENTSMUIR
Barney Bridges
Barney Bridges is a Belgian musician living in Glasgow. His passion for music started at the age of 10 when he first picked up a guitar. Since then his growing fascination has lead him to become a luthier where he now creates one of a kind instruments for customers. Instagram @barneybridges

There are 43 national nature reserves in Scotland. The reserves are Scotland’s natural crown jewels, showcasing the best of Scottish nature. They are special places, and they provide unique opportunities to visit, enjoy and learn more about Scotland’s nature. For more information, see www.nnr.scot.

Based in the Highlands, but with a national and international reputation, Fèis Rois is one of Scotland’s leading arts organisations. Fèis Rois provides people of all ages with the opportunity to connect with traditional music and Gaelic culture in contemporary contexts. The organisation is widely recognised for its education programmes supporting young people and lifelong learners to engage with the traditional arts in a way that inspires them to reach their full potential. Fèis Rois regularly commissions new work from Scottish musicians. For more information see www.feisrois.org 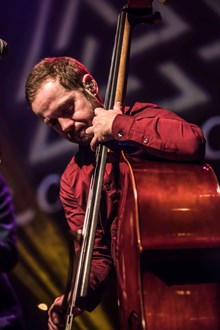