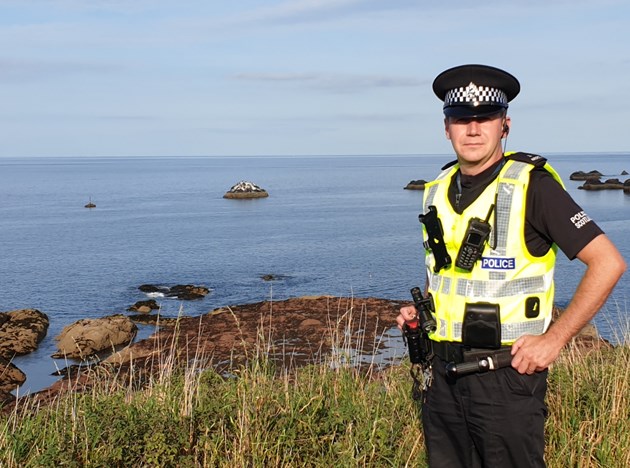 Tackling raptor persecution, poaching and hare coursing will be the top priorities for a new wildlife crime specialist covering all of Scotland, appointed late last year.

As the Investigative Support Officer for Scotland for the National Wildlife Crime Unit (NWCU), PC Gavin Ross will be a source of expertise in wildlife crime at both the local and national level. He will work with individual police wildlife liaison officers, NGOs, the Scottish Government, NatureScot, RSPB, the SSPCA and Scottish Land and Estates. The position is funded by NatureScot.

PC Ross was the local community police officer for Dunbar, and has 21 years of police service and an extensive background in wildlife crime issues, community policing, problem solving and educational work.

Minister for Rural Affairs and the Natural Environment, Ben Macpherson, said: “Wildlife crime is despicable and tackling it has been a long-standing priority for the Scottish Government. We work closely with a number of agencies to ensure perpetrators are brought to justice. The Animals and Wildlife Act, which recently became law, increases the maximum penalties for the most serious wildlife crimes and extends the time available to Police Scotland to investigate.

“The work of the National Wildlife Crime Unit is hugely valued by communities across Scotland and we are committed to supporting it. I look forward to working with PC Ross in the future and congratulate him on his new role.”

PC Ross said: “When I was in Edinburgh, very early in my service, I became involved in investigating wildlife crime because of my interest and experience in this area. I’ve been a part-time wildlife crime officer throughout my whole service and the new job is the pinnacle of my career. I worked very hard preparing for my interview and was very keen to secure the job, which is a dream post. I am looking forward to settling into the role and working with all the different partner agencies which are so important in the fight against wildlife crime.

“In the six weeks I’ve been in post I’ve concentrated on meeting many of the partner agencies we work with in wildlife crime. Unfortunately most of the meetings have had to be done virtually but I feel they have all been really positive and I look forward to building on these initial foundations, especially when we can meet face to face.”

The Head of the NWCU, Ch Insp Hubble added, “I was extremely pleased when PC Ross was successfully appointed as our new Scottish ISO and I am sure he is going to be a valuable asset to policing wildlife crime.”

Andy Turner, NatureScot Wildlife Crime Officer said: “Eliminating wildlife crime is huge priority for us, which is why we’ve provided funding for this post since 2014. Wildlife crime doesn’t just cause irreparable damage to Scotland’s nature: it also affects tourism, which in turn impacts on the economy. We are committed to working with NWCU, Police Scotland and other members of the Partnership for Action Against Wildlife Crime (PAW Scotland) to tackle this challenging issue.

“We worked closely with Gavin’s predecessor Charlie Everitt to prevent wildlife crime and raise awareness.  I look forward to continuing to this important work with Gavin and the NWCU in the future.”

NWCU’s main role is to assist in the prevention and detection of wildlife crime by obtaining and distributing information from a wide range of organisations and by helping police forces investigate wildlife crimes. NWCU also produce analysis which highlights local or national threats.

The appointment of PC Ross comes after the retirement of PC Charlie Everitt, who had spent the last 11 years developing the role of Scottish ISO within the National Wildlife Crime Unit. Charlie furthered countless operations, provided expert advice to police wildlife liaison officers and acted as the key central point of contact between the police and a vast range of partner agencies. Charlie was well known throughout the Scottish wildlife crime arena and his professional knowledge, enthusiasm, and willingness to assist were beyond question. PC Ross recognised he had “big shoes to fill.” 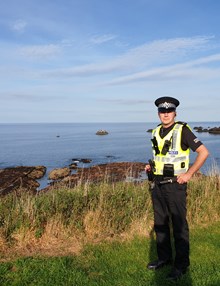