There are, however, a number of birds which are still declining, including kittiwakes and Arctic skuas, whose Northern Isles’ breeding strongholds have seen large declines over a number of years.

Although the declines are serious, the latest results from the 2014 are encouraging. It’s still too early to say whether this will continue, but the suggestions from seabird researchers around Scotland are that the 2014 season was another good year.

The Isle of May and Isle of Noss are both good examples. On the Isle of May, the Centre for Ecology and Hydrology has been researching the seabirds since 1973. This year, they've found that 2014 was the most successful season on record for fulmars and was also good for kittiwakes and shags. In general, 2014 was found to be a good breeding season for nearly all species on the island.

On Noss, for the first time in five years, wardens recorded kittiwakes fledging chicks. Arctic terns were also recorded as having a productive breeding season with 30 chicks fledging, the highest number in ten years.

“Early indications are that the 2014 breeding season has been better for some species that have shown a pattern of low breeding success in recent years. As we gather data across Scotland over the next few months, the true picture will become clearer.”

Mark Newell from the Centre for Ecology & Hydrology (CEH), who manages long-term seabird research on the Isle of May, added:

“The last few winters have seen a return to slightly cooler winter sea temperatures in the area around the Isle of May NNR which is thought to have been beneficial to the development of sandeels, the preferred prey of many of the seabirds. This coupled with more benign spring weather has played its part in an improved breeding season this year.”

For those birds that continue to decrease, there are a range of negative factors such as food shortages, weather conditions and predation by animals including brown rats and mink. Numbers of small shoaling fish, which are an important food source for many seabirds, have fallen in some areas. These fish are probably being affected by rising sea temperatures because of climate change, as well as other factors.

There are a number of measures in place to help combat some of the pressures on seabirds, including the control of predators, such as brown rats and American mink, along the Scottish coast and on islands. The Scottish Government’s Marine Bill also includes measures to improve marine nature conservation to safeguard and protect Scotland’s unique habitats.

This seabird indicator was prepared using data from the Seabird Monitoring Programme – a partnership project, led and co-ordinated by the Joint Nature Conservation Committee (JNCC) involving a range of conservation partners. 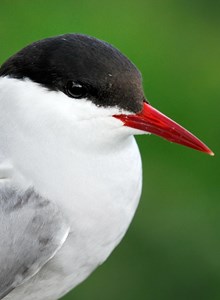