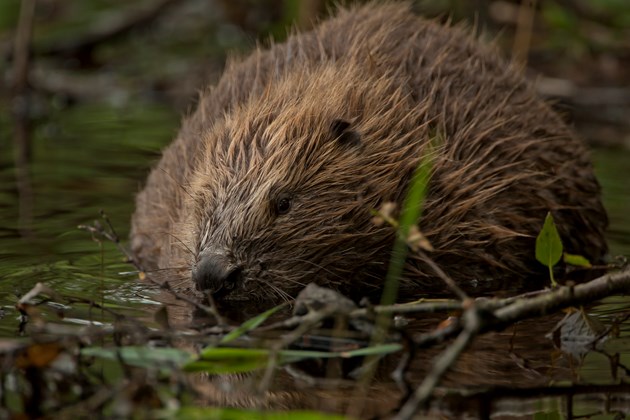 A national strategy has been published setting out a route map for beavers in Scotland over the coming decades.

The development of Scotland’s Beaver Strategy 2022-2045 has involved more than 50 stakeholder organisations, representing one of the most ambitious and forward-looking approaches to managing and conserving a species ever carried out in Britain.

The strategy will steer wider efforts to identify and actively expand the population to new catchments, alongside appropriate management and mitigation, following the Scottish Government’s change in policy to encourage wider beaver restoration.

It sets out plans to empower and support communities to maximise the environmental and wider benefits of beavers, while minimising negative impacts through effective management and mitigation.

The strategy highlights the need for ongoing research and monitoring of the beaver population and its effects to inform and improve management as the population expands, using existing and new techniques and technologies. This will also help identify how people, and ecosystems, can most benefit from the presence of beavers.

The strategy was developed collaboratively under a process designed and led by the International Union for Conservation of Nature (IUCN) Conservation Planning Specialist Group (CPSG).

A cross-stakeholder organising team including representatives from NatureScot, National Farmers Union of Scotland, Scottish Wildlife Trust, Scottish Land & Estates and the Royal Zoological Society of Scotland helped to steer the process, and the document was produced through the direct involvement of stakeholder groups and individuals from a wide variety of sectors.

A new Scottish Beaver Advisory Group, made up of key organisations, will now work together to help take the strategy forward.

Jamie Copsey, IUCN CPSG facilitator of Scotland’s Beaver Strategy, said: “It is great to be part of such a national effort, bringing together diverse needs and interests to agree on a common way forward for such an emotive species as the Eurasian beaver. Scotland is modelling the way for collaborative biodiversity restoration efforts globally.”

Biodiversity Minister Lorna Slater said: “Just 25 years ago most people would not have imagined that beavers would soon return as a member of our Scottish fauna. Now they are returning we have a responsibility to look after and value them - to learn to live alongside these remarkable animals.

“This strategy, and our work together to deliver it, is an important and welcome step towards this goal. I have no doubt of the positive impact that delivering it will have on the natural environment across the country, as beavers re-engineer and restore rivers and create wetlands.

“Recognising the concerns and requests made by stakeholders during the development of this strategy, the Scottish Government will support the expansion of beavers across the country, whilst ensuring land managers are supported to live alongside beavers.”

NatureScot’s Chief Executive Francesca Osowska said: “Our ambitious long-term vision is to see the beaver population expand across Scotland, co-existing successfully with communities. Designing Scotland’s Beaver Strategy has been a truly collaborative process. It’s owned by all the stakeholders involved and draws on all of our experiences so far, reflecting both aspirations and concerns as we look to the future of the species.

“Beavers can play an important role in helping to restore biodiversity and respond to the climate emergency in Scotland and we aim to see further releases into new catchments in Scotland this year. At the same time, it’s essential that this happens in a way that takes into account the views of local communities living in these areas.

“NatureScot is committed to taking a lead role in implementing this strategy and much work is already underway, including mapping to prioritise suitable catchments, and conversations with a range of individuals and organisations to discuss possible new areas for beavers. Alongside this we will continue to provide advice and support for managing and mitigating beaver impacts.”

Sarah Robinson, Director of Conservation at the Scottish Wildlife Trust, said: “Biodiversity is declining at a faster rate now than at any time in human history. Beavers provide a nature-based solution to tackling the growing crisis.

“The national strategy sets out how to help beavers become established throughout Scotland’s lochs, burns and rivers, and the many ways that both people and wildlife will benefit from their presence. We need to act urgently to implement this forward-looking strategy.

“Continuing the joined-up approach that has been taken to developing the strategy is vital. This will ensure that we can realise the proven benefits that beavers can bring, at the same time as ensuring that any localised negative impacts that these natural engineers introduce can be managed.”

Karen Ramoo, Policy Adviser (Forestry, Conservation & Wildlife Management) at Scottish Land & Estates, said: “Beavers can play an important ecological role in our environment whilst acknowledging the negative impacts that need to be mitigated, particularly for farmers and other rural businesses.

“The new strategy has taken significant work by many different organisations to create a framework whereby future beaver expansion can be both supported and managed appropriately. It is an ambitious strategy that will require long-term political will and financial support in order to be effective for the species itself, and for those who work on the land and may be impacted by wider beaver restoration.”

Eurasian beaver at Knapdale, Argyll ©Philip Price (one time use only in conjunction with this news release)