You are here:
Home
News Releases
NatureScot announces first new site for release of beavers in Scotland since Knapdale 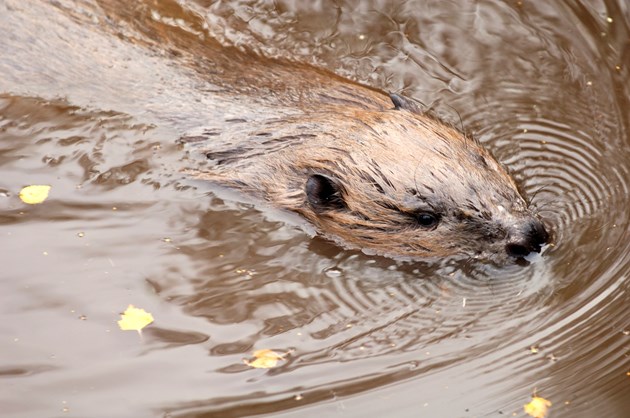 NatureScot has issued a protected species licence today, allowing beavers to be released into a new location in the Forth catchment, reinforcing the population that is already resident nearby.

The beavers will be trapped and taken under licence from areas where they are causing serious agricultural damage for farmers and where mitigation measures have not been successful or are not possible.

This is only the second translocation site authorised in Scotland; the first was the beaver reintroduction trial site in Knapdale in Argyll. The new site is northeast of Doune at Argaty, on the edge of the current range for beavers in Scotland.

The application was submitted in June; NatureScot has assessed it in line with the Scottish Code for Conservation Translocations, which considers a range of issues from animal welfare, site suitability and potential impacts on neighboring and community interests.

A new survey published in August this year found that beaver numbers have doubled in Scotland in the last three years to around 1000 animals, and that the population is in a rapid expansion phase as beavers spread out from Tayside, with territory numbers also more than doubling to 251.

“This will allow beavers to be trapped and removed from highly productive agricultural land where they are causing damage to farmland; they will then be released in an area where nature will benefit and there is less risk to agriculture.

“Beavers can play an important role in helping to restore biodiversity and responding to the climate emergency in Scotland. That’s because beavers have positive impacts on nature by creating habitats such as ponds and wetlands where other species thrive, as well as moderating water flows and improving water quality.

“But we also know beavers may cause severe problems in some areas, particularly for crops grown on flat, low-lying land. In assessing this application, we have listened to concerns expressed about the population reinforcement at Argaty from local farmers, who are concerned that the translocated beavers will move quickly into burns on their land and potentially flood land and cause damage to heritage and other trees. We’d like to assure these farmers that our mitigation scheme is available to help them with any issues which arise and affect their crops and trees and that our assessment is that, on balance, the expected benefits will outweigh any negative impacts.”

A team of NatureScot staff and contractors support farmers and other land managers with mitigation measures when needed, such as tree protection, exclusion fencing and installing flow devices in beaver dams. In 2020, 68 active mitigation projects were progressed.

The population survey released this summer also revealed there is already an established territory and evidence of the presence of beavers at several points in the River Teith. They are also evident in the River Forth on the Carse of Stirling and the River Allan, downstream of Bridge of Allan. That population now ranges from Glen Isla to Dundee and Stirling, Forfar to Crianlarich, and is likely to expand into Loch Lomond in the future.

Translocations must be carefully planned, and local stakeholders consulted, following the Scottish Code for Conservation Translocations guidance. The beavers will be trapped in line with best practice and undergo appropriate health screening before being released.

For more information, see NatureScot’s decision document setting out how the licence application was assessed.

Beavers and their dams are managed in countries around the world; one of the only drawbacks of these amazing natural engineers is that they can quite quickly and easily, for example, block a ditch or a culvert and cause flooding. As a result, beavers are legally protected in Scotland, but some management is allowed under species licence. Some of the well documented and most serious issues have occurred on the most productive areas of agricultural land in Scotland. Due to their generally being well-drained, low-lying and flat, these areas are often vulnerable to beaver burrowing and dam building.

NatureScot is continuing to work on mitigation measures as an alternative to lethal licenced control. In 2020, the Beaver Mitigation Scheme provided advice and support for 68 cases, including installing flow devices, tree protection work, and exclusion fencing to protect agricultural land, infrastructure and property. Further mitigation trials are planned relating to water-gates and bank protection. Demand for advice remains high with good engagement and mitigation proving to be successful. Co-operation is key to mitigation and management work and is informed by the Scottish Beaver Forum, a group of partners representing conservation, farming, fisheries, and other interests, and chaired by NatureScot.