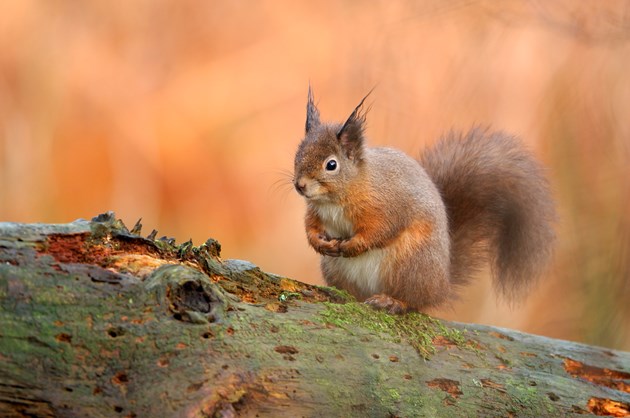 NatureScot’s National Nature Reserves (NNRs) in Fife saw an upsurge in visitors in 2020, as part of over a million estimated visitors to NNRs across Scotland. The figure is an increase from an estimated 650,000 in recent years.

The increase, initially due to lockdown, was followed by continued interest and enthusiasm across the nation for spending time in nature in this difficult year.

Winter is a wonderful time to continue that habit. There’s plenty to see on nature reserves in Fife, from seabirds and waders to squirrels and deer, and they’re often easier to spot at this time of year because of the bare trees.

NatureScot Chief Executive Francesca Osowska said: “People throughout Scotland have been enjoying spending time outdoors more than ever in 2020. Nature is helping us all cope with anxiety throughout this difficult time and strengthening our resilience. I’d encourage people to get out and enjoy their local national nature reserves over the holiday season, following the latest government guidelines. Our nature reserve staff have highlighted some spectacular sights to see on our reserves this winter.”

NatureScot’s Tentsmuir manager, Marijke Leith, reports there have been recent sightings of crossbills, a great white egret, white-tailed eagles and snow buntings on the reserve. There are also plenty of goldcrest, as well as fieldfare, redwing and mistle thrush at Morton Lochs, while in the Tay, there are rafts of eider to enjoy. As well, there are plenty of many people’s perennial favourites, the red squirrels, to see - from the squirrel hide, there are usually at least three at a time.

For anyone looking for a New Year’s resolution, Tentsmuir launched a litter picking scheme early in 2020, to help keep the reserve safe for wildlife and the environment. The idea is to pick up four items of litter every time you take a walk on the reserve and deposit them at the litter stations. A lot of people are already taking part and it has made a real difference.

Tentsmuir and the Isle of May were also delighted to have Autumnwatch based at their reserves this year. For anyone who isn’t able to get out to the reserves in person, watching the episodes on BBC iPlayer is a great way to get a dose of anxiety-reducing nature.

There are no visitors allowed at the Isle of May at this time of year, but we have an update from reserve manager, David Steel, from a busy year. David encourages visitors to plan a visit from spring next year when they’ll have a chance to see an amazing array of seabirds on this magical island.

Despite Covid-19 dominating the year, NatureScot staff were able to staff the island reserve from early June allowing some (but not all) vital research and monitoring data to be collected for a number of seabird species.

Several key seabird species were counted and there was good news for some species which have been showing a decline nationally over the last thirty years. The biggest winners were kittiwakes which showed a 61% increase from the previous season. This is the third year the colony has shown an increase and is starting to reverse the fortunes of this nationally declining species, but is still some way short of the 8,000 pairs which nested on the island in the early 1990s.

Another species which showed a welcome increase were shags which increased 27% on the previous season. Other cliff nesters also had good breeding seasons with increases in guillemots by 5% up to 16,865 estimated pairs, with fulmars increasing by 16% with 324 nesting pairs, while razorbill showed a slight decrease of 1% to 4,124 estimated nesting pairs. Several species were not counted this year, including puffins, with the most recent estimate suggesting over 40,000 breeding pairs on the Isle of May.

It also proved to be another highly successful grey seal season on the May, with approximately 2,500 pups born across the island during the autumn months. It was a late start to the season with the first pup not discovered until 2 October (three weeks later than the previous season) but with generally mild autumn weather, the colonies did well with the last new born in mid-December.

Francesca has some final words of advice for those visiting nature reserves: “It’s been amazing to see so many people enjoying our reserves this year, but we’d also like to remind people to protect our reserves for future generations. For example please don’t litter or light campfires, as these can damage plants, trees and wildlife.”

There are 43 National Nature Reserves in Scotland. These are special places that look after some of the best of Scotland’s nature on behalf of everyone who lives or visits Scotland, and they provide unique opportunities to visit, enjoy and learn more about Scotland’s nature. For more information, see see https://www.nature.scot/enjoying-outdoors/scotlands-national-nature-reserves 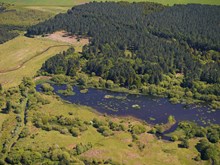