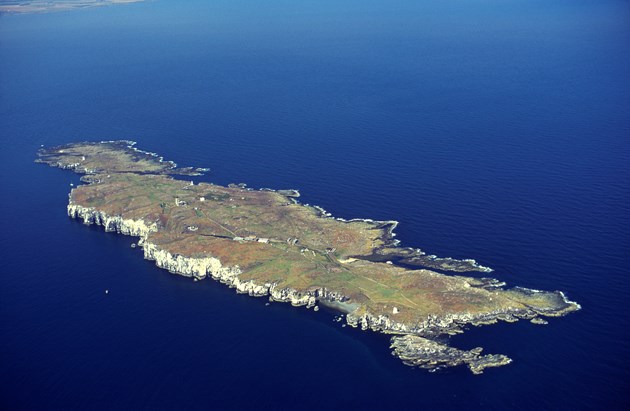 NatureScot’s Isle of May and Noss National Nature Reserves (NNRs) will be closed to public landings from 1 July to help protect vulnerable seabird populations from avian influenza.

Scotland’s nature agency will also be advising visitors not to take direct access onto seabird colonies on other National Nature Reserves such as Hermaness.

The measure is the latest in response to growing concern over the spread and impact of the current H5N1 strain of avian flu, particularly in seabird colonies.

The virus is widespread across Scotland, with positive cases recorded in Shetland, Orkney, St Kilda, Lewis and St Abbs. Large numbers of dead and sick seabirds have also been reported from Aberdeenshire, East Lothian and the west coast of Sutherland.

Great skua and gannets have been hardest hit. Sample surveys of colonies show a 64% decline of great skua on St Kilda and 85% at Rousay in Orkney. Great black-backed gull, Arctic tern, common guillemot and puffin have also tested positive.

The decision to restrict access to NatureScot’s two island NNRs, which in summer are home to hundreds of thousands of breeding seabirds, has been taken to limit the spread of the virus through bird populations and give colonies the best possible chance of survival and recovery by reducing any additional stress. While avian flu has been confirmed in gannets at Noss, there have been no confirmed cases on the Isle of May yet.

At other coastal NNRs such as Hermaness in Shetland, NatureScot will ask visitors not to walk through seabird colonies but to enjoy the spectacle from a distance. Local signage will be in place at those reserves affected.

Eileen Stuart, NatureScot’s Deputy Director of Nature & Climate Change, said: “The decision to close these reserves has not been taken lightly, but we are increasingly concerned about the devastating impact avian flu is having in Scotland, particularly on our seabird colonies.

“Our island reserves in particular are a haven for internationally important bird populations. The situation has been rapidly evolving and deteriorating, and we feel at this time that restricting access to these sites, and reducing it at others, is a precautionary but proportionate approach that gives us the best chance of reducing the spread of the virus and its impact.

“We recognise that this will be disappointing for those planning a visit but we hope people understand that this is about protecting our precious seabird populations for the future. Visitors will still be able to enjoy the summer seabird spectacle at both island reserves by taking round-island trips without coming ashore, and at other reserves by viewing from a short distance without crossing through colony areas. We will be keeping the situation under regular review over the coming weeks.”

NatureScot, in discussion with the British Trust for Ornithology (BTO), has already suspended ringing and research activities in seabird colonies for the remainder of the breeding season, with the exception of essential surveillance of avian flu.

Surveillance monitoring is being coordinated at key sites and NatureScot is working at speed with the Scottish Government and conservation organisations to develop an effective overall strategy. Central to NatureScot’s role is gaining a better understanding of the changing situation, to inform action to help populations recover.

The current situation follows a large outbreak in Svalbard barnacle geese last winter where H5N1 is estimated to have killed 30-40% of the wintering population.

Avian flu has been found across species with positive reports from pink-footed geese, buzzards, mute swans, a red kite and a sea eagle for example. It is unfortunately amongst breeding seabird colonies where currently the most significant and worrying mass mortality events are occurring.