You are here:
Home
News Releases
Highs and lows at Shetland National Nature Reserves this year

Highs and lows at Shetland National Nature Reserves this year 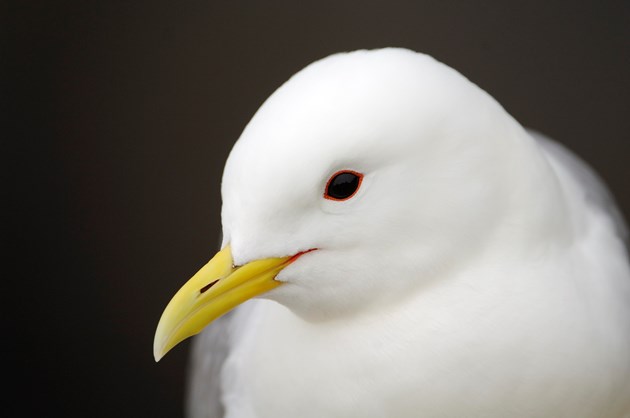 NatureScot’s National Nature Reserves (NNRs) in Shetland had a difficult year as avian flu swept through bonxie and gannet colonies, but there were glimmers of hope with other species faring well and some unusual sightings on the islands.

At Noss NNR the breeding population of great skuas, or bonxies, fell by 78% as avian flu devastated the colony, while breeding numbers of gannets dropped by 16.7%. Both species also suffered badly at Hermaness NNR.

Against all odds, however, the bonxies that did not succumb to the virus at Noss managed to fledge chicks and breeding success for the species was better than in some other years in the reserve’s history, including 2017 when no chicks fledged at all.

Meanwhile kittiwakes had one of their best seasons in recent years, with breeding attempts up by 58% from last year. Many kittiwake chicks were seen to fledge their nests and breeding success was up from 0.5 to 0.9 chicks fledged per pair.

Bonxies are known for preying on kittiwakes, as well as stealing their food, and the reduction in bonxie numbers possibly contributed to the successful breeding season at Noss.

Another species that bonxies are known for stealing food from is the Arctic tern, which also had an exceptional breeding season, again possibly in response to the reduction in bonxie numbers.

Other species appeared to evade the virus, including shags, guillemots, razorbills, puffins and fulmars, with numbers and breeding success of these species either on par with last year, or slightly improved.

One guillemot within a monitoring plot at Noss was discovered with a leg ring which revealed the bird to be an incredible 31-years-old, having been ringed as a chick on the Isle of Canna in 1991.

Interesting migrating birds spotted on the reserve this year included a rustic bunting and greenish warbler. However, the bird of the year was the first record on Shetland - and only the second in Scotland - of a Pacific swift, which was spotted hawking for insects at the Noup, the highest point on the island. The Noup of Noss is renowned for attracting rare swifts, with an Alpine swift spotted in 1994 and a white-throated needletail in 1991.

Meanwhile at Hermaness, a record number of people visited the reserve in 2022, exceeding the 10,000 mark for the first time.

Staff were delighted to open the new boardwalk and information hub, greatly enhancing the visitor experience at the most northerly NNR in Britain. Nearly 2km of recycled plastic boardwalk was installed, which opens up a circular route known as The Muckle Flugga Trail through the centre of the reserve, while protecting fragile peatland and avoiding disturbing sensitive nesting birds. A new visitor shelter, with seasonal toilets and year-round information, has been built at the car park, and signs installed along the trails.

The project was only made possible through a partnership of NatureScot, VisitScotland and Shetland Islands Council, with funding from the Natural and Cultural Heritage Fund and Rural Tourism Infrastructure Fund.

Juan Brown, NatureScot Operations Officer in Shetland, said: “This year has undoubtedly been one of the most difficult for our nature reserves on Shetland. Seeing the devastating impact of avian flu as it swept through the bonxie and gannet colonies in the summer was heartbreaking, and we were saddened to have to take the necessary step of closing Noss and restricting access at Hermaness to try and help prevent the spread.

“Given that 60% of the world’s population of great skua nests in Scotland, the majority in the Northern Isles, this is very concerning. As we head into 2023, Scotland’s avian flu task force, led by NatureScot, is continuing to work flat out to gain a better understanding of the virus and take the necessary action on the ground to protect our wild birds.

“Thankfully there were some glimmers of hope on the reserves in 2022, as other species seemed to avoid the worst of the outbreak and went on to have successful breeding seasons, and visitors enjoyed huge improvements to facilities. And there have been some fantastic discoveries, including one of the oldest guillemots we’ve recorded here.”

Rustic bunting breed from Sweden across northern Russia and Siberia and winter in eastern China. The spring record on Noss this year will likely be a bird that overshot its breeding ground on migration from its wintering ground due to strong easterly winds. They usually breed in wet woodland and so a treeless Noss is a stark contrast to where they are normally found.

Greenish warbler breed in north-east Europe and winter in the south east of the Indian subcontinent. This bird arrived in thick fog in easterly winds during autumn migration and Noss was likely the first land it came across whilst lost on migration due to being blown off course by the easterly winds. 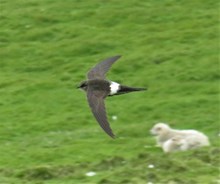 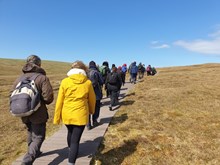 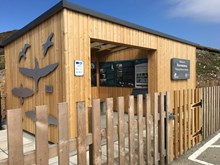