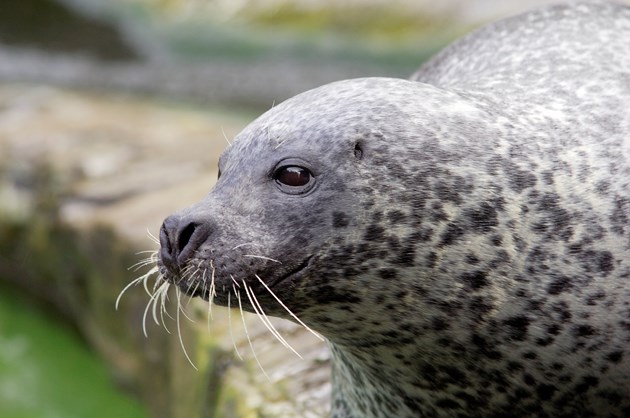 A full census reveals Scotland’s harbour seals are doing well overall but there remains a striking divide between east and west coast populations.

NatureScot has published the results of the fifth full census of Scotland’s harbour seals over the last 25 years.

Between 2016 and 2019 almost the entire Scottish coastline was surveyed by helicopter by the Sea Mammal Research Unit (SMRU) at the University of St Andrews.

Estimates based on these surveys suggest total populations in Scotland of around 37,300 harbour seals and 106,300 grey seals.

The data show that for harbour seals, there remain striking differences in population trends between different regions.

Northern and eastern coasts have seen significant declines since the early 2000s, with the most dramatic changes occurring around Orkney, in Shetland, and in the Firth of Tay and Eden Estuary.

In contrast, numbers in the west have been either stable or increasing. The latest counts show that more than three-quarters (78%) of all harbour seals in Scotland are currently found in the west.

This is a significant shift since the 1990s when Orkney and Shetland were the most important regions in Scotland for harbour seals.

Ongoing studies, funded by the Scottish Government, are attempting to identify the reasons behind the large regional declines, with possible causes under investigation including predation by orcas and grey seals, competition with grey seals, algal toxins and diseases.

Morven Carruthers, NatureScot Marine Ecologist, said: “This latest full census confirms the geographic east-west divide in the populations of harbour seals that we have seen over the last 20 years.

“Scotland currently holds around a quarter of all harbour seals found in Europe, so this long-term monitoring is crucial for helping us to identify population trends and work towards an understanding of what is behind them. This in turn will ensure we can better conserve and manage our important harbour seal populations.”

Dr Carol Sparling, Director of the Sea Mammal Research Unit: “This report represents a huge amount of effort from the SMRU survey team. The data collected over the whole five year period is essential to understand the status of our Scottish seal populations and to inform decisions about seal management and marine conservation.

“As a direct result of this work we have been able to develop a comprehensive research programme investigating the causes of these contrasting trends in different parts of Scotland.

“The seal abundance and distribution data that this survey programme provides is also a very important part of the UK’s Marine Strategy, helping to achieve good environmental status of our marine environment.”

The differences between the harbour seal and grey seal population estimates arise due to variation in the estimated probability that seals of each species are hauled out on land during the survey window and available to count. Counts are undertaken in August during the annual harbour seal moult when the numbers of harbour seals hauled-out at low tide are generally higher and less variable than at other times of the year. It is estimated that 72% of all harbour seals are on shore at any one time during the standard survey window. On the other hand, grey seals only haul out in summer to rest between foraging trips and so numbers at haul outs can be quite variable from day to day. On average an estimated 24% of all grey seals are hauled out during a standard survey window. Even though the total grey seal count for Scotland is slightly lower than the harbour seal total, converting to population level suggests that there are almost three times as many grey seals in Scotland at this time of year.

The Sea Mammal Research Unit is an independent research group based at the Scottish Oceans Institute at the University of St Andrews. Its staff and students carry out a range of fundamental and applied studies on marine mammals throughout the world. SMRU is also required, via the NERC Special Committee on Seals, to supply advice to the UK Government and devolved administrations on matters relating to the management and conservation of seals in the UK and its sovereign waters. To underpin this advice, SMRU carries out a comprehensive programme of monitoring of the UK’s seal populations as well as research into the population biology, behaviour, ecology and physiology of UK seals.